At DADA POST: We return thus to the roots of where the Berlin Soup Art Festivals started in 2013.

Theme of this 2018 BERLIN SOUP LABARTORIUM is “CHAOS & DESIRE”, explorations of possibilities/impossibilities of art as cure & celebration & exploring too the mythology of being while detaching ourselves from a mythology of time against bold & sustaining creativity.

The Festival kicks off on July 19, 7:30 PM – Midnight, at the Embassy of Denmark, Rauchstr. 1D – 10787 Berlin, with an Opening ceremony & presentation of Curators, along with an entertainment program featuring pianist Eriko Makimura & others. 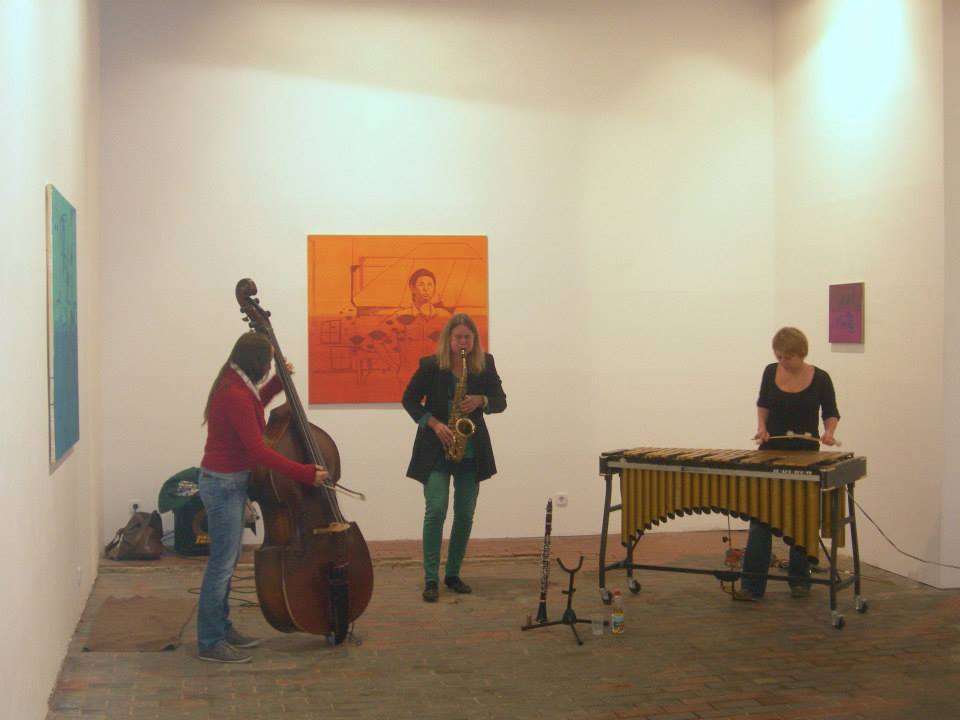 One of the tastiest of art events taking place in the German capital is the First Annual BERLIN SOUP FESTIVAL, May 30 to June 1, from 2PM to 12 midnight each day, with workshops from 2PM to 8 during the day & showtime from 8 to 12 midnight in the sprawling DadaPost innovative space.

It is a great pleasure to welcome OPTIPISM Project in Gallery DADAPOST from august 27th – September 25th 2011. The Optipism Project, which is based in Copenhagen, is built on the Optipism Manifesto written by Denis Rivin. OPTIPISM. Under this name a group of curators, visual artists and poets has been formed to create art in many forms, both optimistic and pessimistic, both surface and depth, both serious and play, both wanting to augment and change the world and to sense and experience the now. Through art to explore, to comment, react and act in the world as it is today. 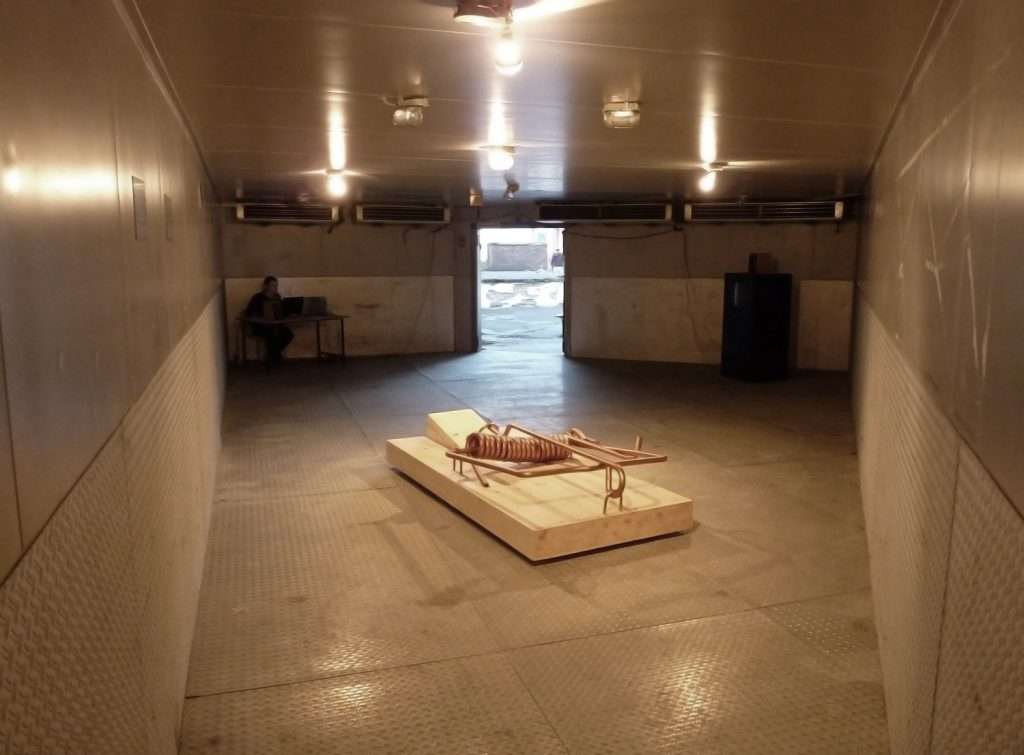 In the vernacular of current mass-media culture you could say that the porn.exe event, which is the sonic experiments in program code by Emma Twiggy (Andrius Savickas) is John Cage on Steroids. Or one could describe this groundbreaking event of conceptual noise making as John Cage in the digital age. However, both of these tributes would fall short of its true significance. The porn.exe event evolves out of a much broader context that includes the Futurist noise experiments, Dadaist ramblings, Surrealist visions, Music Concrete and the morphology of today’s global digital culture.

In keeping with the art world’s current preoccupation with the abject, one could understand the porn.exe event as a perversion, which is the practice of changing something correct into something abnormal. Program code is akin to pornography, because it has got the same few explicit facts: linear logic and no meaning. In the situation where this code is interpreted as sound and re-mixed, new force-fields of imagination are opened up.

Drawing influence from the intensification of psychological warfare and the popular resistance of D.I.Y. rave culture, “Emma” is amplifying the program code of some of the most common software applications. The cheap and amateur means of data production, distribution and consumption are amplified and corrupted.

Emma Twiggy A.K.A. Andrius Savickas is a member of DAMTP – Union of DAta Miners / Travailleurs Psychique

The Art of Potluck

Sunday, 19 September @ 17:00 UHR (performance at 18UHR) you are invited to the art of potluck: an artistic community gathering and performance (the first of many POTLUCKS to come)

sponsored by dadapost
organized by kate hers

Potluck golden rule: each person must bring a HOMEMADE dish to share. it must be your own creation, it CANNOT be store bought.

18UHR Special Reading by Giovanni Frazzetto. Please make sure to come before the performance begins to share your special dish and take part in eating!

Giovanni Frazzetto was born and grew up in Sicily. After high school he moved to London to study science and then lived in Germany and France. In 2008 he was awarded the John Kendrew Young Scientist Award for his efforts to promote interdisciplinarity across science, art and the humanities. His science and literary writings have appeared in Nature, EMBOreports and more recently in SAND- Berlin’s English Literary Journal. He now lives between London and Berlin where he is writing his first collection of stories entitled ‘In between worlds’.

Break on Through to the Other Side…

‘China Art Criticism Network’ (CACN) and the DadaPost Gallery have joined together to present selected works from ongoing research into Chinese performance art. The screening will show performance work produced in the last six years or so and will last approximately 2.5 hours, including an intermission. A bar will be open for refreshments during the event.
A small archive of additional material available for more leisurely browsing on terminals can be accessed by computer on request.

The works were submitted in response to a call inviting Chinese artists’ to submit existing or new video which, in the spirit of the Doors iconic song Break on Through to the Other Side… challenged or referenced the concept of movement between, through, and/or the overcoming of boundaries, limitations and resistances. In this context ‘boundaries’, ‘limitations’ and ‘resistances’ were open to the broadest possible interpretations as tangible and/or intangible entities, i.e., physical/mental/spiritual; human/animal, individual/collective, animate/inanimate, East/West, etc.

The impetus for this initiative was the 20th anniversary of the Fall of the Berlin Wall in 2009. The 1989 fall of the Wall was famously epitomised by Francis Fukuyama as marking the “end of history” for the way that it brought to a close the struggle between Soviet-style East European communism and Western market-led liberalism, with the latter succeeding the former. Fukuyama’s outrageous hyperbole concealed the fact that the very event precipitating its use also ushered to the fore another, arguably larger, historical narrative: Globalisation. Since 1989, this ‘new’ world history in the making, administered through an alliance between Western neo-liberal and Chinese socialist-market ideologies, has produced twenty years of rapacious economic expansionism, overseen by China’s emergence as the ‘workshop of the world’ and a global power.

However, with the international financial crisis abruptly exposing the effervescent and illusive structures on which this partnership was cast, the crucial question now is whether we are fated to see the old East-West binaries buried along the fault lines of the Berlin Wall de-interred and brought to life around a negative dialectic of Sinic and Western cultures, as outlined (for example) by Samuel Huntington in his ‘Clash of Civilisations’ thesis. Or, whether a recast alliance between East and West that can encourage a new and responsibly sustainable era of development is possible. “Break on Through to the Other Side…” is conceived as a modest attempt to engender the associations between China and the West that might help to bring about the latter option.

CACN is a not-for-profit academic research project into contemporary Chinese art currently based at Plymouth College of Art, UK.

This website uses cookies to improve your experience while you navigate through the website. Out of these, the cookies that are categorized as necessary are stored on your browser as they are essential for the working of basic functionalities of the website. We also use third-party cookies that help us analyze and understand how you use this website. These cookies will be stored in your browser only with your consent. You also have the option to opt-out of these cookies. But opting out of some of these cookies may affect your browsing experience.
Necessary Always Enabled
Necessary cookies are absolutely essential for the website to function properly. This category only includes cookies that ensures basic functionalities and security features of the website. These cookies do not store any personal information.
Non-necessary
Any cookies that may not be particularly necessary for the website to function and is used specifically to collect user personal data via analytics, ads, other embedded contents are termed as non-necessary cookies. It is mandatory to procure user consent prior to running these cookies on your website.
SAVE & ACCEPT